Meet the Board Members! 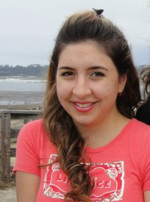 "From pre-school until high school, I was enrolled in an international school where classes were taught in French. Since then, I have spent various summers in Paris and have always felt as if French was a part of my identity. I was therefore inspired to bring back the French club to the Hopkins campus so that all the francophones in the French community can meet. I hope to bring some French traditions to campus that I miss from my childhood." 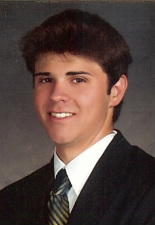 "I am new to the French language having just started taking French last year while at Hopkins.  While I am still learning the language, I love the French culture with its delicious food, unique architecture, beautiful art and stuck-up people (just kidding).  There is so much to appreciate, so come out to the events to learn new things and have a great time! " 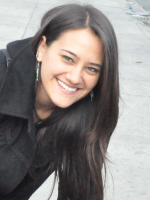 "When I was 2 years old, my parents enrolled me in the Lycee Francais la Perouse and I never turned back, graduating three years ago with a French baccalaureate. Since my dad is half Swiss, learning French allowed me to communicate with my Swiss relatives. I really want to speak more French here at Hopkins so that I won't forget anything. I'm therefore glad that I can now share my love of French food and culture, as well as continue speaking French, by being part of the French club here at Hopkins. I hope to see you at our events!" 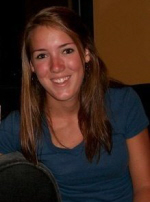 "I was inspired to explore the French language after a family vacation to France and Belgium when I was in the 6th grade. I can remember falling in love with the culture and history of France and its natives. I started taking French the next year  and continued with it all throughout high school. I still enjoy the French culture and language and am excited to explore it more with all of you through French club! A bientot!" 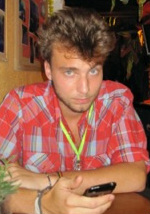 Year: 2014
Major: Double Major in Political Science and History with a Minor in Philosophy
Hometown: The Principality of Monaco but I have always lived in London, UK.
Favorite French Food: Basically all of it since I eat it at home.

"Being originally from Monaco but having lived my whole life in London I was raised with strong southern French family values whilst at the same time having to adapt these to a British lifestyle. This means that I am completely fluent in both French and English and I am also able to understand most Spanish and Italian when I try. I spend most of my holidays in England, the South of France and Corsica and by being part of the French Club I wanted to bring back some of the culture, share it with people and keep speaking French whilst at JHU."

I started taking French in Jr. High because all of the Spanish classes were full. But I am so glad! I fell in love with the language, the culture, and of course the food. I have been lucky enough to go to Paris a couple of times with my family, and I always have the best time trying new food and seeing all the beautiful buildings and artwork. I definitely want to spend some time living in France at some point in my life, but until then French Club is doing what it can to give me some cheese and French culture! 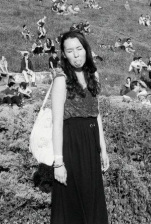 I've studied French since I was a sophomore in high school and I was pretty stoked to continue French at Hopkins because I'm interested in studying abroad during my junior year in either France or Senegal. I happened upon French club during a cheese tasting event and decided to join. I love French film (particularly French New Wave, Goddard is the man), French fashion (haute couture is incredible every season) and possibly above all French food. French Club is a rockin time !


My first notable French experience was when I was six years old and journeyed to France with my family. It may have been the presence of ice cream on every corner but I fell in love with the culture. I began taking French classes in elementary school (didn’t learn much), then high school (still didn’t learn much), and now at Hopkins (am learning lots!). I hope to spend some time abroad studying in Paris and tanning in the South of France during my junior year. I have also begun my quest in mastering the art of French cooking. I am no Jacques Pepin but I can make some bomb crepes. I am always down for a good chat about anything ranging from cheese to the storming of the Bastille! Join the JHU French club for a classy good time.